15 Disruptive Companies Making Their Mark in The Metaverse Future

Following Mark Zuckerberg’s announcement earlier this month on the Metaverse, all hell has broken loose. These are exciting times for a concept that combines virtual reality (VR), augmented reality (AR), blockchain technology, NFTs (non-fungible tokens) and a heck of a lot of coding to — putting it simply — create a virtual reality designed to replace the internet.

Now, I’ve simplified it here. It’s that and more, as well as less. In fact, we just don’t know what it will be and how it will play out.

Wherever it’s heading, the Metaverse is here to stay in one form or another. And below are some of the early birds, established companies and fresh-outta-kindergarten startups, ready to take the Metaverse plunge.

Although some on the list are already making a lot of money, will they actually make any bank from the Metaverse itself — who knows?

Let’s dip our toes, then readers, and have a look at some of these Metaverse pioneers.

Our first company highlighted that has the potential to influence how the Metaverse is shaped is Synthesis AI. Founded in 2019 by Yashar Behzadi, the startup is pioneering synthetic data technologies to enable more capable and ethical AI

The $4.5 million in funding the startup raised in April this year, will assist Synthesis AI to ramp up its IP at the intersection of deep learning and CGI, creating a new paradigm for computer vision model development.

Founded in 1993 by Chris Malachowsky, Curtis Priem, and Jensen Huang, NVIDIA’s invention of the GPU six years later sparked the growth of the PC gaming market, redefined modern computer graphics, and revolutionized parallel computing. More recently, GPU deep learning ignited modern AI — the next era of computing — with the GPU acting as the brain of computers, robots, and self-driving cars that can perceive and understand the world. Today, NVIDIA is increasingly known as “the AI computing company and is led by original co-founder Jensen Huang, NVIDIA’s CEO.

NVIDIA went public in 1999, since then it has raised a total of $4 billion in funding over four rounds, giving it the cash reserves to disrupt this emerging

Changing direction in the Metaverse sea for a moment we have OpenSea, the first and largest peer-to-peer marketplace for crypto goods (like an eBay for crypto assets), which includes collectibles, gaming items, and other virtual goods backed by a blockchain.

Founded by Alex Atallah and Devin Finzer in 2017, the NYC-based startup’s team can boast of backgrounds from Stanford, Palantir, and Google.

OpenSea has raised a total of $127.2 million in funding over eight rounds and is funded by the likes of YCombinator, Founders Fund, Coinbase Ventures, 1Confirmation, and Blockchain Capital.

Active Theory is a creative digital production studio based in Venice, California that specializes in building digital experiences people love. With a deep understanding of UX and technical solutions that utilize the latest in web technologies, Active Theory can iterate quickly and always craft buttery-smooth UI.

Active Theory was founded in 2012 by Andy Thelander and Nick Mountford.

A Lisbon, Portugal-based startup founded in 2018 by the quartet of Amir Bozorgzadeh, Hossein Jalali, Roland Dubois, and Thomas Balouet, Virtuleap combines neuroscience and virtual reality to help increase attention levels, and address cognitive illnesses, disorders, and learning challenges. The team has created a library of VR games designed by neuroscientists to test and train a range of cognitive abilities and make that data accessible through its enterprise platform. Working with leading institutions like the VA Health Care System and the Pacific Brain Health Center to validate its solution as an effective diagnostic and treatment for attention deficit and cognitive decline, to date Virtuleap has raised a modest $1.1 million in funding over seven rounds.

Moving on to NFTs (non-fungible tokens) now, we have NYC-based Cyber. Founded in 2020 by Rayan Boutaleb, Cyber allows artists and collectors to show their NFTs in fully immersive experiences (3D/VR), for free. Within a few clicks, digital collectors or artists can hang their favourite NFTs on the walls of high-quality spaces and share them with a custom link.

Entropy is a technology startup founded in Mumbai, India in 2017 by Antonio Furtado and is focused on digital assets. By leveraging key relationships and its expertise, Entropy develops solutions to comprehend macro trends, emerging narratives and the metaverse.

It offers ready-made and tailor-made solutions like EntropyX — a robust portfolio tracker for the crypto aficionado, while also providing solutions tailored to suit customers’ needs that prepare metaverse adoption strategies for businesses.

With MootUp, collaborating online has never been so engaging. Jump into a meeting instantly, or invite a team member into your personal space. Conference call with audio, video and text chat. Pin documents, share images, video and 3D. It is also possible to decorate your team space together and customize your avatar to your own personal style.

Novaquark, the Metaverse Company, is dedicated to bringing people from across the globe together to breathe life into worlds of their own making, one voxel at a time.

With some $21.1 million raised over six rounds, Novaquark can make its first-person-based space simulation sandbox massively multiplayer online video game a trendsetter in this new and exciting Metaverse paradigm.

Another company focused on the entertainment and gaming aspect of the Metaverse and a billion-dollar unicorn to boot, Epic Games was founded all the way back in 1991 by Mark Rein and Tim Sweeney. Headquartered in Cary, North Carolina but with offices worldwide, Epic Games is a leading interactive entertainment company and provider of 3D engine technology. Epic operates Fortnite, one of the world’s largest games with over 350 million accounts and 2.5 billion friend connections. Epic also develops Unreal Engine, which powers the world’s leading games and is adopted across industries such as film and television, architecture, automotive, manufacturing, and simulation. Through Unreal Engine, Epic Games Store, and Epic Online Services, Epic provides an end-to-end digital ecosystem for developers and creators to build, distribute, and operate games and other content.

Still a private company, Epic has raised an incredible $5.1 billion in funding over 10 rounds since 2012. Its latest, a $1-billion Venture — Series Unknown round, was raised in April of this year.

With its experience and reputation, Epic is set to be a major player in the Metaverse for years to come.

With headquarters in Berlin, JOURNEE — The Metaverse Company, was founded in 2021 by Thomas Johann Lorenz and Christian Mio Loclair.

Decentraland was founded by Esteban Ordano in 2017 and is — powered by the Ethereum blockchain — creating a virtual world that will grow beyond any centralized control. To accomplish this, it is building a suite of supporting tools and applications designed to help people create three-dimensional content, games and applications, all hosted and accessed on a fully decentralized VR platform.

The company has raised a total of $25.5 million in funding over 3 rounds.

Next up is rooom (no it’s not a spelling mistake), a global startup based in Jena, Germany and founded in 2019 by Hans Elstner.

The company’s experienceCloud is an all-in-one platform for creating, managing and promoting engaging 2D, 3D, AR & VR experiences. It works across all desktop and mobile devices. rooom’s experienceCloud is designed to cover the marketing and visualization needs of different industries through their comprehensive product portfolio. These include eventCloud (optimized for virtual events, exhibitions, conferences, meetings), spaceCloud (real estate, property, museums), productCloud (3D products, product showrooms) and immerseCloud (tours, guides, 3D books). rooom’s eventCloud is routinely hosting up to 200,000 users for hybrid events like IFA, Berlin and for global customers such as Porsche, Deutsche Telekom, DHL and E.ON. rooom has won over 20 awards, including the Global Eventex Award (twice), the Innovation & Excellence Award and the German Innovation Award.

rooom raised its first Seed round, totalling $7 million, in July of this year.

Co-founded by Dieter Shirley, Mack Flavelle and Roham Gharegozlou in 2018, Dapper Labs is a spinoff from Axiom Zen and was set up to bring the benefits of decentralization to the first billion consumers through the power of play, fairness and true ownership using the power of play to deliver blockchain-based experiences that are made for you and ready for the real world.

With headquarters in Vancouver, Canada, Dapper Labs has raised a total of $607.5 million in funding over nine rounds and is backed by the likes of Andreessen Horowitz, Union Square Ventures, Venrock, Alphabet’s GV (formerly known as Google Ventures), and the founders of Dreamworks, Reddit, Coinbase, Zynga, and AngelList.

Like Epic Games, Dapper Labs reached unicorn status with a whopping valuation — following its $250-million Series D round in September of this year — of $7.6 billion.

We close the list with a Portland, Oregon-based startup, Madeium. Founded by Jesse and Sean Rademacher in 2020, it works with the world’s best creative network powered by the world’s first blockchain innovation network.

Why You Should be Investing in the Metaverse 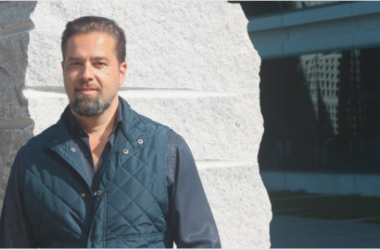 Tommaso Di Bartolo is a serial entrepreneur, author, investor, and philanthropist. Considered one of the leading minds in… 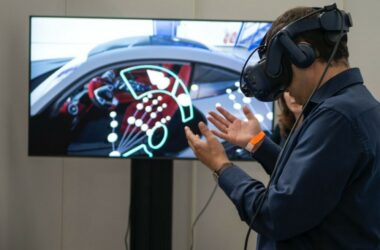 Part three this time in the series about groundbreaking Augmented Reality (AR) companies powered by the Metaverse Insider.… 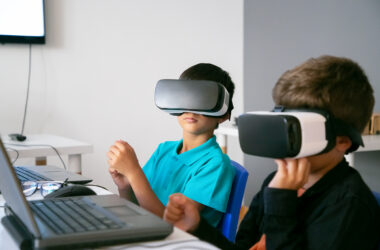 What are the Risks of the Metaverse?

While the metaverse promises some interesting and entertaining aspects for our society, there are also many challenges and…