Part three this time in the series about groundbreaking Augmented Reality (AR) companies powered by the Metaverse Insider. Missed the first and second ones? Click on the link to them here to begin your journey.

EON Reality is an Augmented and Virtual Reality-based company with over twenty years of experience in the space.

Headquartered in Irvine, California, EON Reality has developed and launched EON-XR, a SaaS-based platform dedicated to the democratization of XR content creation that brings code-free XR development and publishing to smartphones, tablets, laptops, and XR-focused devices.

Its global network of more than 1.4 million users is building the Knowledge Metaverse in more than 100 locations and has created the world’s leading XR library for education and industry with over 2.16 million 3D assets and counting.

EON Reality was founded way back in 1999 by Dan Lejerskar.

On the heels of becoming the world’s most successful and most profitable augmented reality company, it raised $200 million in Series-B funding, led by Spark Capital, and included other new investors such as NetEase. This Series-B round values Niantic at over $2 billion.

Based in San Mateo, California, Metadome was founded by Kanav Singla, Prashant Sinha and Shorya Mahajan in 2017. Providing no-code infrastructure to millions of creators and brands to build immersive experiences for the virtual world, Metadome allows people to create, experience, collaborate, learn, play, work, trade virtual goods, estates and experiences, and much more.

Regarding financials, Metadome has raised a total of $4 million in funding over four rounds.

Up next is VisionX, a cutting-edge startup that builds innovative machine vision systems and products that enhance human productivity.

Founded in 2017 by Waqas Mushtaq and Farrukh Mahboob, VisionX has raised some $125,000 in funding over one round. It is one of the best augmented reality companies on the market.

Our final company in this instalment is Spatial, an NYC-based startup dedicated to helping creators and brands build their own spaces in the metaverse to share culture together. The company empowers its users to leverage their beautiful spaces to share eye-popping content, build a tight-knit community and drive meaningful sales of their creative works and products, while also allowing users to create beautiful and functional 3D spaces that they can mint as NFTs and sell/rent to others looking to host mind-blowing experiences.

Founded in 2016 by Anand Agarwala and Jinha Lee. Spatial has raised close to $50 million in funding over five rounds. 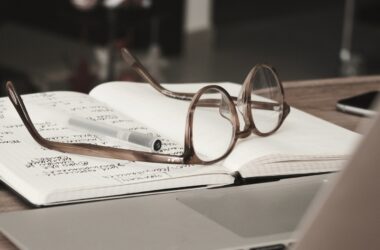 Lik Hang (Paul) Lee is an assistant professor at the Korea Advanced Institute of Science and Technology (KAIST).… 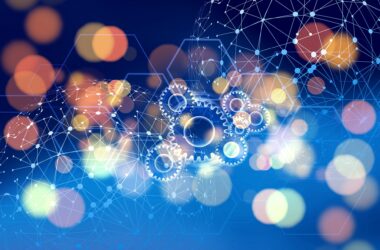 It’s time for part eight on Blockchain initiatives/companies powered by the Metaverse Insider. In case you missed out… 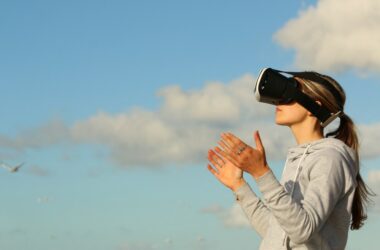 We’re moving along nicely now, up to part six of Intrepid Augmented Reality Companies powered by the Metaverse…