While much of the world is just discovering the Metaverse, a number of universities have already established centers for studying Web 3.0. These universities aren’t just looking at the Metaverse — and its integral components, such as virtual reality and augmented reality — technologically, but also examining its social, political, artistic and even spiritual implications.

Here are five universities that, according to open-source research database Lens, have produced the most scholarly published research on the Metaverse in the last year.

GDUT is provincial university in Guangdong, China with a range of fields of study, including engineering, science, technology, management, liberal arts and law, with major emphasis on the study of engineering.

The university’s researchers have established it as a center for Metaverse study, including “Reliable Coded Distributed Computing for Metaverse Services: Coalition Formation and Incentive Mechanism Design” and “Optimal Targeted Advertising Strategy For Secure Wireless Edge Metaverse.” 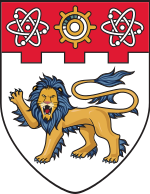 Nanyang Technological University (NTU), a national research university based in Singapore, is one of the oldest universities in Singapore and is routinely placed among the world’s top universities. It’s continuing its leadership position in Metaverse studies.

The Korea Advanced Institute of Science and Technology — or KAIST —  is a national research university located in South Korea. The university was established in 1971 as the nation’s first public, research-oriented science and engineering institution. It has since gained a global reputation as a research powerhouse.

Research into the Metaverse is just one more gear in this university’s massive research engine.

Recently, researchers at KAIST have worked on projects that led to papers on the Metaverse, including surveys to help guide discussions on Web 3, including  “When Creators Meet the Metaverse: A Survey on Computational Arts” and “All One Needs to Know about Metaverse: A Complete Survey on Technological Singularity, Virtual Ecosystem, and Research Agenda.”

University College London — UCL — is the second-largest university in the United Kingdom by total enrolment and the largest by postgraduate enrollment. A member institution of the federal University of London, UCL is a UK leader in research.

It hosts students and faculty interested in Metaverse scholarship. Some recent examples including the critique: “The Future of Trust will be Dystopian or Decentralized: Escaping the Metaverse” by Jean-Philippe Vergne, a UCL scientist who studies: “how socially contested organizations affect the birth and renewal of industries operating at the vanguard of capitalist economies.”

Sabancı University is a relatively young school, established near Istanbul in 1994. Its first students matriculated in 1999. Its youth may be one reason that this relatively small university has become a leader in nascent forms of technology, such as Web 3 tech.

The university has produced 8 research papers on the Metaverse. One of those researchers is Elif Ayiter, who is a designer and a researcher. Ayiter is also the chief editor of the journal Metaverse Creativity with Intellect Journals.

The list was created using Lens, specifically targeted on Metaverse and Metaverse scholarship as keywords. Future lists will examine the individual technologies that make up the Metaverse, such as virtual reality and augmented reality.