Image taken via VGC
In the past few years, cryptocurrency has spread like wildfire. It continues to gain notoriety today, from the usage of GPUs to farm bitcoin to the rise of NFTs. While public opinion is extremely divided, one can’t deny how much money has been circulating as a result of cryptocurrency. And that’s most likely the reason why cryptocurrency is starting to break into the gaming industry as well.
“Crypto Gaming” is a broad term. Video games with NFTs or cryptocurrency embedded within can easily fall under this umbrella, though there are plenty of titles out there developed specifically around cryptocurrency. Hacker Noon even reported on recently released games built around NFT collection and trading.
Crypto gaming isn’t in the same world as regular gaming. But that seems to be changing quite rapidly, with big names in the industry like Ubisoft joining the fray. Here’s how cryptocurrency has been breaking into the world of mainstream gaming, along with what that means for the future of video games.

The Addition of NFTs in Games

NFTs might be a difficult concept to grasp; those wishing to learn more about them can check out an explanation on their fundamentals here. As for how NFTs have been affecting games, a video by GameSpot offers a great amount of insight towards their recent history and future.
Currently, the most notable example of NFTs being added into well-known video games is Ubisoft Quartz, a system being integrated into Tom Clancy’s Ghost Recon Breakpoint. These NFTs act as in-game items that can be sold to other players. Other companies are considering adding NFTs into their own titles, including EA. It’s clear the companies behind these additions have high hopes for them, but the same cannot be said for fan reaction.
The trailer for Ubisoft Quartz gained a massive number of dislikes, at least 37,000 within just a few days of posting. It was even delisted from YouTube searches, though it’s unclear whether this was due to the negative response. Ubisoft isn’t the only company reeling from decisions of adding NFTs, as S.T.A.L.K.E.R. 2 was recently announced to include them…up until fan backlash led to the decision to cancel them entirely.
Opinions on NFTs have been incredibly divisive. Environmental concerns are among the reasons consumers dislike them, as well as the recent announcements of NFTs using dead celebrities’ twitter accounts. This is likely why NFTs in mainstream games were met with such negative feedback, but it’s hard to say whether this will influence decisions in the future. It’s ironic, as NFTs might owe their experience to at least one video game – even if it was indirectly. 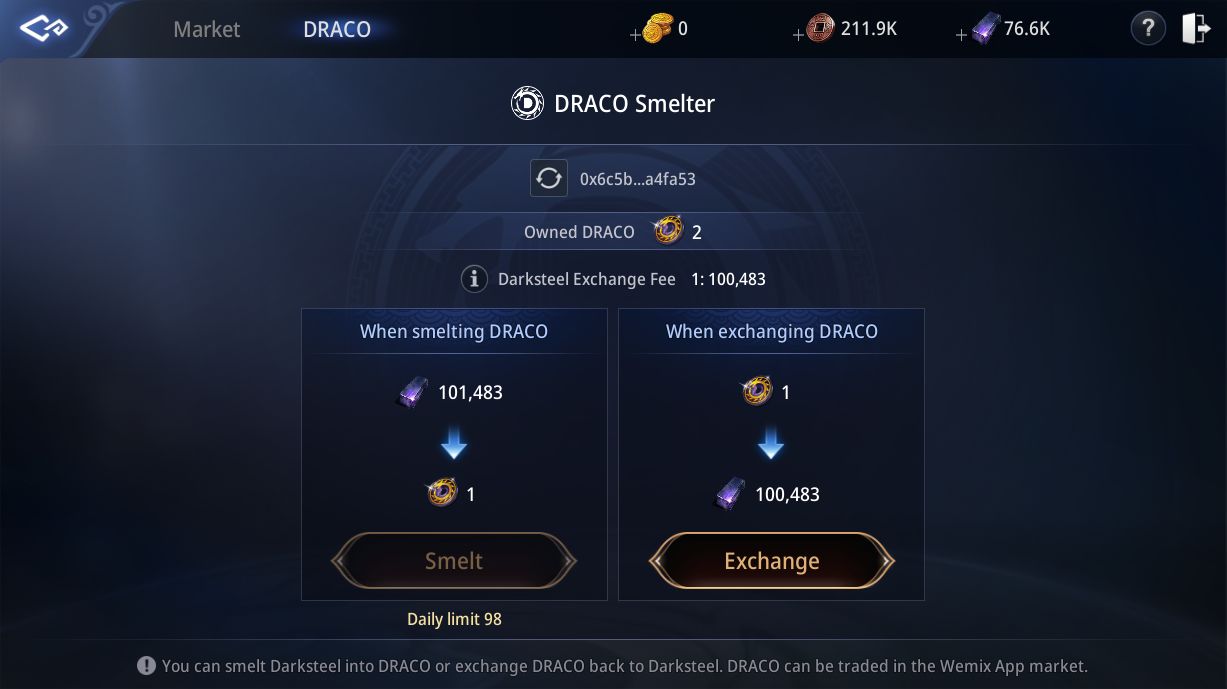 Image taken via Steam Community
Outside of NFTs, cryptocurrency has made a mark on the gaming industry as well. While there hasn’t been a widespread push to add currencies like bitcoin and ethereum into existing titles, there are plenty of games made specifically with crypto in mind. A prime example of this is a game on Steam that has managed to avoid the platform’s NFT and Crypto ban…at least, at the time of writing this article.
MIR4, a free-to-play MMORPG, offers players the chance to convert in-game “Darksteel” into cryptocurrency. As of December 21, it also has an update that lets players sell characters as NFTs. It’s likely due to the money-making opportunities that MIR4 ended up with a lifetime peak player count of nearly 100,000 – an impressive number considering Steam’s vast library. The cryptocurrency conversion is unavailable on the Steam version of the game, but you can still farm items and change your client afterward.
While MIR4 offers some insight into how successful cryptocurrency can be in games, it also shows how flawed such a system can be. The game currently holds a “Mixed” rating on Steam Reviews, with a common occurrence in negative reviews being the existence of bots and hackers. Some have even reported instances of legitimate accounts being randomly banned. While these issues could amount to faults on the developers’ end, it brings up something dangerous about crypto gaming.
There will always be reasons for people to cheat and hack in video games. But the motivation for doing so will increase dramatically with real money on the line, forcing games with NFT or crypto systems in place to counter hackers effectively. Reinforcing the security of these systems is certainly possible, but it might also lead to more time being spent on keeping the game’s economy under control – and less time spent on actual game development. 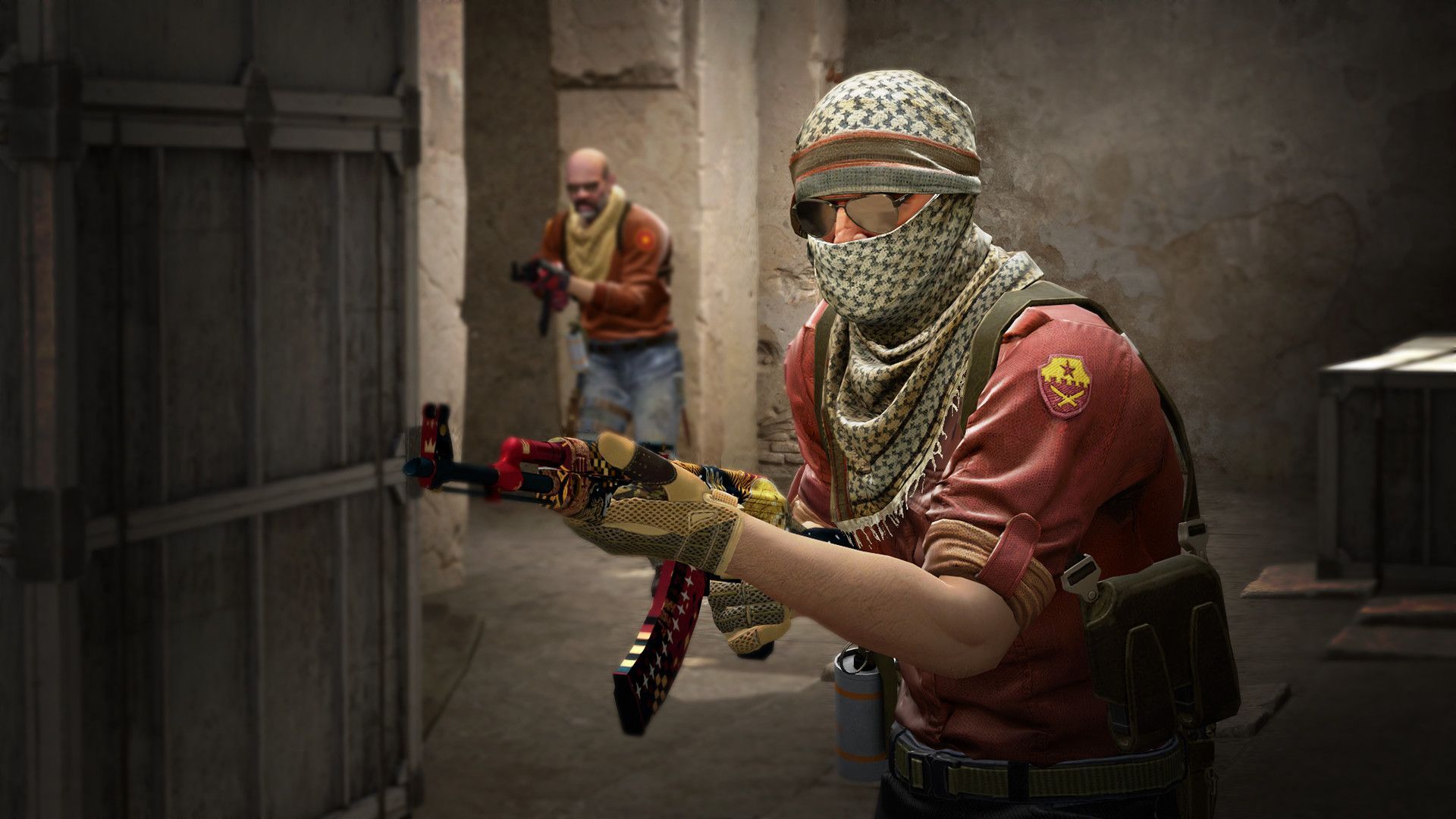 Image taken via CS:GO Steam Store Page
It’s hard to say whether a full implementation of cryptocurrency and NFTs into existing and upcoming titles will result in much. Fan backlash might cause them to be removed and never mentioned again, or they could end up massively successful regardless. As no attempt has been made to implement cryptocurrencies in mainstream titles, its future in the world of gaming cannot be said with certainty. However, any implementation of NFTs will likely not change the gaming industry much. After all, a similar concept has existed for years.
Team Fortress 2 doesn’t use cryptocurrency. However, much like NFTs, it allows players to collect, trade, and sell virtual cosmetics and weapons. Each one even has a unique ID that can be tracked, providing a person’s proof of ownership for that item. All of this has been well-documented on websites such as backpack.tf, where everyone can see just how far the game’s player-made economy has come. This system is also prevalent in Counter-Strike: Global Offensive, though not many other games have made use of it…until now, that is.
NFTs and cryptocurrency are pretty much a new implementation of this system. Players buy and sell virtual items to each other, pricing them at community-defined values and tracking each individual instance of those items. NFTs, even outside of games, work in an almost identical fashion; they’re just built off of different technology. Of course, the influence of NFTs in games will depend on how far companies wish to go with them. But whether you’re worried or excited about the rise of crypto gaming, it will be quite a while before this influence can truly be measured.
This article was original published by Marc Magrini on Hackernoon: Crypto Gaming: How Cryptocurrency and NFTs Affect Games Today