4 VR/AR Companies For The Metaverse: Part 8

Here’s part eight in the series on virtual reality (VR) and augmented reality (AR) companies powered by the Metaverse Insider for this restful Sunday. Missed everything so far? No problem: here’s the link to the first in the series to get you started.

Established in Dubai in 2011 by Thierry Karim Louesse and Renaud Barbier, Fractal Systems has been delivering professional technology solutions that focus on special event expertise and custom installations.

Zappar, like Fractal Systems, was established in 2011. An AR platform and creative studio rolled into one, its mission is to democratize AR and MR.

The ZapWorks toolkit puts the power of AR in the hands of designers and developers, enabling them to push the boundaries of interactive creativity, both with and without code.

Zappar is the creator of ZapBox, the first affordable, MR kit that allows developers and businesses to reimagine how they design, build and create 3D experiences.

Born out of the University of Cambridge, the London-based company’s founders are Caspar Thykier and Connell Gauld. Zappar has raised a total of $3.8 million in funding over one round to date.

Flam is the world’s first Augmented Reality (AR) based social media network built for a global audience. Flam launched its first consumer product ‘FlamCards’, which are printed videos. Scan a physical Flamcard with Flam camera app to magically turn that into an AR Video.

Based in Bengaluru, India, Flam was founded in 2021 by Shourya Agarwal, Rajat Gupta and Malhar Patil and has raised some $3.5 million in funding over two rounds.

TESLASUIT is a London-based full-body haptic feedback platform that can transfer sensations from virtual/augmented/mixed reality (XR) and other platforms to a human body through electric impulses controlled by an embedded mini-computer with advanced motion capture, climate control and bio-feedback systems.

Founded in 2016 by Sergei Nossoff, Andrey Chuprin, Denis Dybsky, and Dimitri Mikhalchuk, the TESLASUIT — a smart textile two-piece full bodysuit that consists of a jacket and trousers designed by engineers, programmers, doctors and AR/VR experts — also includes the TESLAGLOVE to form a human-to-digital interface.

The startup’s products enable direct communication between the human body and computer used in the virtual and augmented reality industries as an interface between human and virtual environments.

The Evolution of Dapper Labs 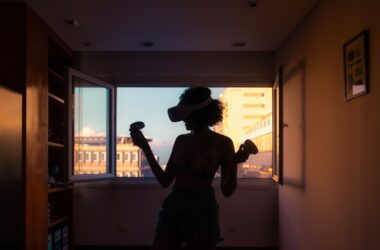 Here we are, part two in a series about groundbreaking Augmented Reality (AR) companies brought to you by… 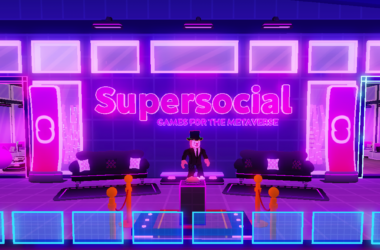 “The metaverse by definition, needs to be social,” said Yonatan “Yon” Raz-Fridman, CEO and Founder of Supersocial Inc.… 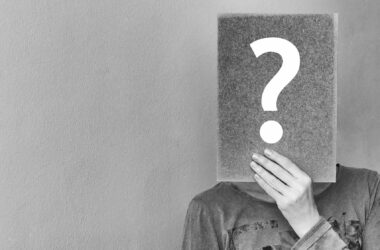 3 Questions We Should Be Asking About the Metaverse

While the metaverse is growing in popularity, thanks to Facebook’s name change to Meta, there are still a…