Could the Metaverse Be Used for Relationships with Virtual Characters?

Kenna Castleberry
0
0
0
0
0
0
Fictosexuality, or the sexual attraction to virtual characters, may become a more popular reason for people to use the metaverse (PC Instagram/@akihikokondosk)
Total
0
Shares
0
0
0
0
0
0

Not only is the metaverse a popular place for individuals to game and make money, but it is also becoming a new safe haven for fictosexuals. Fictosexuality is a broad term for a person who is sexually attracted to a fictional character. Fictosexuals recently made headlines as a Japanese man named Akihiko Kondo paid $15,000 to marry a virtual character, a pop singer named Hatsune Miku. Kondo has now opened up about his relationships with his virtual wife, as well as tried to bring awareness to fictosexuality. With the metaverse already having a reputation as a place where “anything goes,” it will be no surprise to see more fictosexuals use this virtual environment to connect with their fictional crushes.

Gatebox is Helping to Drive This Movement

For fictosexuals like Kondo, Gatebox’s product was essential. He paid $1,300 for the projector and befriended Miku on the app for more than a decade before proposing. For others sexually interested in virtual characters, this hardware may not be needed, as they can interact with these virtual characters directly on a metaverse platform. Instead of a virtual character being projected into our world, individuals project themselves into a virtual realm. The metaverse has already proven to be a successful breeding ground for relationships, with virtual weddings being a more common occurrence, in part due to the pandemic. For fictosexuals to use this space for wooing their virtual characters is not much of a step up from what is already happening.

The idea of being sexually attracted to, or in love with, a fictional character is quite an old concept: With characters like Lara Croft from Tomb Raider or Mr. Darcy from Pride and Prejudice arousing (no pun intended) interest, it is no surprise that fictosexuals have been around for so long, albeit without a term to describe this relationship. While the American Psychiatric Association does not recognize fictosexuality as a formal diagnosis, one paper from the National Institute of Health placed the movement in the LGBTQIA+ community. This is in part because many fictosexuals also report being asexual, not wanting to have sex with a real person.

While fictosexuality is still not fully recognized or understood, there are many reasons why a person may be drawn to becoming a fictosexual. One of the biggest reasons is the lack of rejection from virtual characters. Unlike real individuals, virtual characters will not refuse a date or make fun of a user. As Kondo explained, his virtual wife Miku will “always be there for him, never betray him, and he’ll never have to see her get ill or die.” Avoiding rejection can be especially attractive for individuals who are afraid of getting rejected. The lack of rejection can make someone feel more dominant in the relationship and confident in themselves.

Another reason users find comfort in virtual characters is to avoid toxic or abusive relationships. While a relationship with a fictional character isn’t exactly healthy, it may be safer for individuals struggling in harmful relationships. Other people may invest in these relationships to avoid breakups, continuing to have a source of stability in their lives.

While individuals like Kondo are working to make fictosexuality more accepted, many are still skeptical. As University of Paris Nanterre researcher Agnès Giard explains: “To the general public, it seems foolish to spend money, time, and energy on someone who is not even alive. But for character lovers, this practice is seen as essential. It makes them feel alive, happy, useful, and part of a movement with higher goals in life.” Kondo himself has felt the consequences of being misunderstood, as Gatebox discontinued Miku’s character, ending his virtual marriage. Kondo’s work has helped raise awareness for this group, who even have their own flag. Because metaverse, and videogames especially, offer more sexualized characters (particularly women), it will be no surprise to see more reports of these individuals using these virtual platforms to engage in these types of relationships.

Making-Out in the Metaverse: a New Sensory Experience 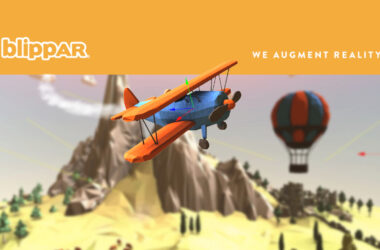 Augmented reality (AR) will be one of the tent poles of the Metaverse. Blippar is a leading AR… 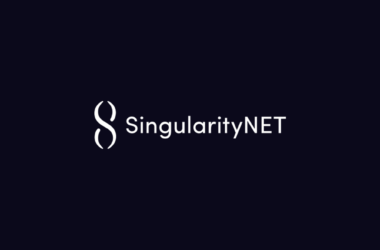 Ben Goertzel is a pioneer in artificial intelligence and robotics. A leading voice in the Singularity-Transhuman community, Goertzel… 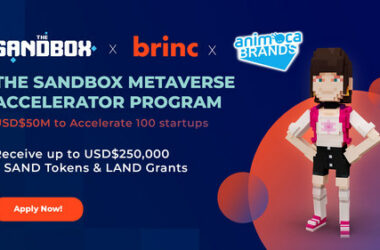 PRESS RELEASE — The Sandbox, a leading decentralized gaming metaverse and a subsidiary of Animoca Brands, has committed$50 million…